HP Investors (HPI) values the local communities it works in.  As a part of a larger effort to revitalize Oakland’s uptown neighborhood and maintain a connection to it’s past, HPI engaged Joshua Mays, an up-and-coming African American and East Oakland muralist. HPI recruited Mays to paint a bare wall on its 10-story development at 1700 Broadway.

Located in the heart of the rapidly growing Uptown District of downtown Oakland, the new mural titled “Beacon Frequency Reader” serves as an important focal point in the city. The Beacon Frequency Reader features a woman Mays describes as a gatekeeper, who serves as an ode and connection to Oakland’s past.  A recent new story on the artwork explained that the woman is “the first thing that Oakland’s increasing influx of visitors see as they exit a nearby subway station. She’s also the vanguard of a larger trend from neglect to development in an area that, until recently, had a reputation for crime and disrepair.”  Over the past several months, Mays tribute to Oakland has been received with much local praise. HPI is proud to have helped to propel the idea for this iconic mural, which pays homage to Oakland’s past, and is now a part of its future.

Streets murals can brighten and represent a neighborhood, and help strengthen community spirit. They also have the potential to reduce speeding traffic, especially when designed together with safety improvements like the murals here, today. But most of all, they’re fun to make and bring Oaklanders together to add life and surprise to our streets. 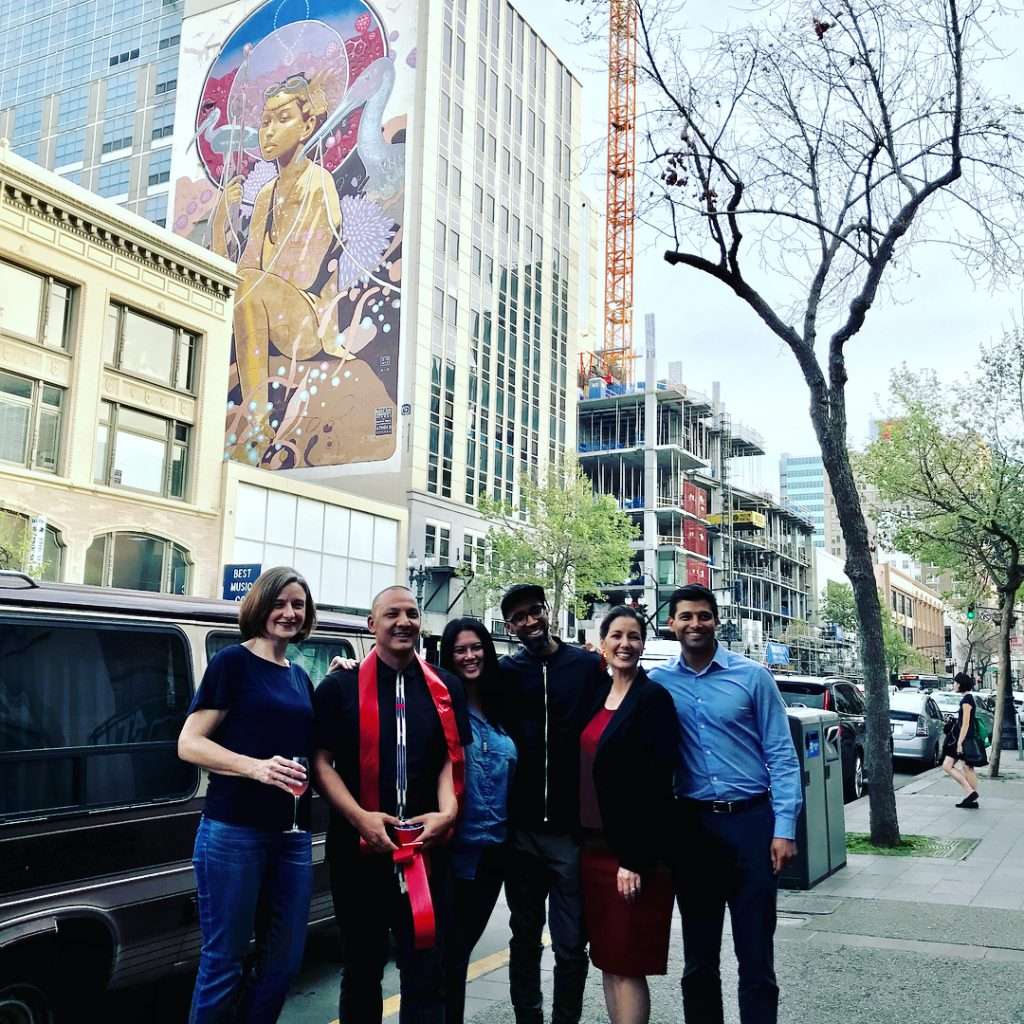 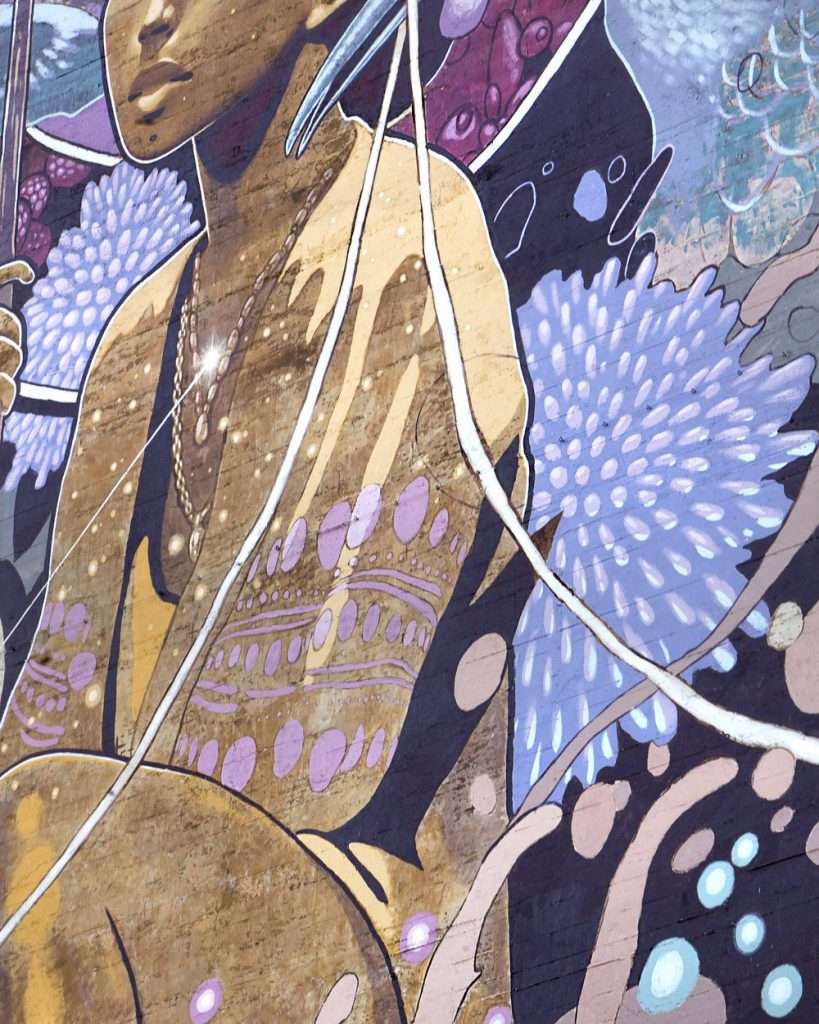 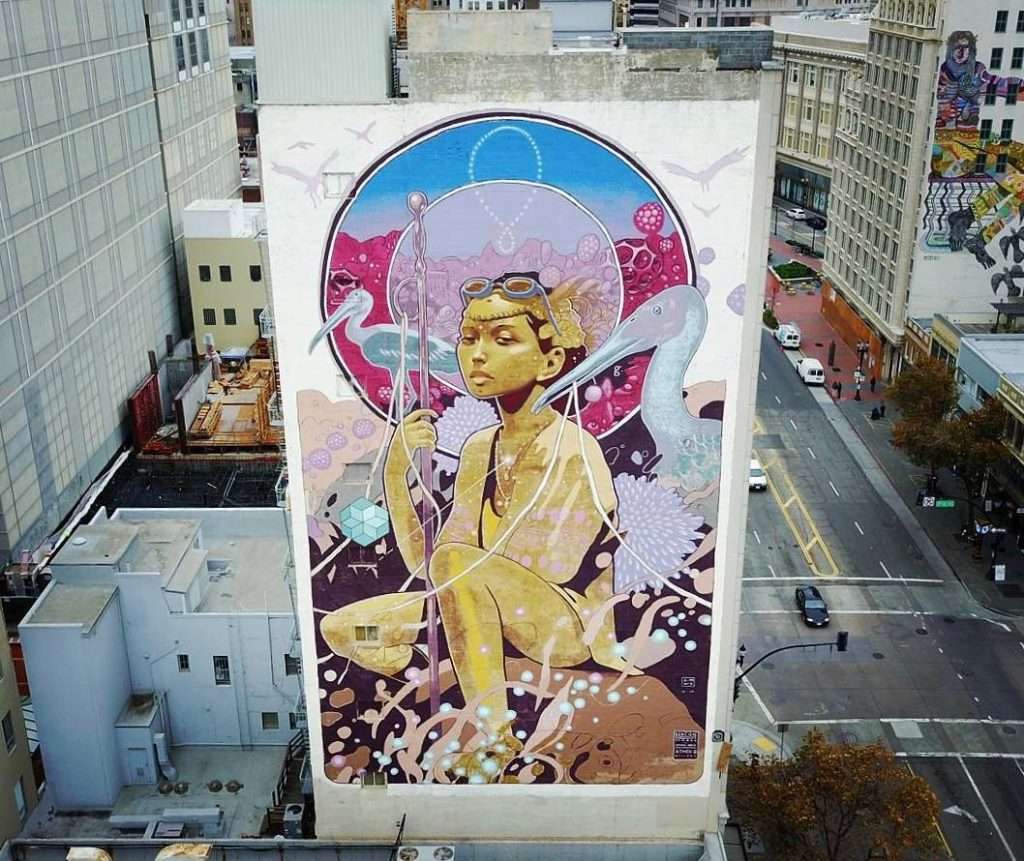